Composing the Future of Ag

All meetings held in Vista Ballroom B & D.

For Wheat Growers members only please.

Get reacquainted with old friends and colleagues.

Josh Linville will walk through what’s happened over the last two years to create the current high priced/tightly supplied fertilizer market. He’ll also cover what’s currently happening in the fertilizer market as well as what to watch as we navigate uncertain waters ahead.

Disinformation. It’s easy to believe and hard to ignore. More and more we are beginning to understand how much mis/disinformation leads to socioeconomic costs and how it impacts farming and food production. Cami will unpack the terms ‘misinformation’ and ‘disinformation’ and shed some light on the human cognitive habits that drive public perceptions of agriculture and policymaking. Disinformation is a product with a market, created and exchanged in an attention economy. Issues will come and go but disinformation is evergreen. Understanding this complex landscape is an important step in navigating, anticipating and mitigating the effects of disinformation.

Join Josh and Cami for a continued discussion around the domestic and international fertilizer emission reduction proposals. Open for questions.

Included with your Convention registration. Check it out

Dinner – Cock of the Walk Restaurant

Included with your Convention registration. Check it out

In recent years, national and international supply chains have been tested by weather, politics, war, protests and other factors beyond the grain farmer’s control. This panel will discuss how some of our suppliers meet these challenges and what the future may look like.

Join with the Wheat Growers Executive to hear their thoughts on the issues facing agriculture and how we’re responding. Bring your questions and suggestions.

Phil will discuss numerous ways to increase spring wheat yields and grain protein when moisture is available, and minimize expenses and risk when it’s not. He will discuss the basics of residue management, seeding depth, seed quality and fertility management. He’ll then discuss the stand counts and head populations required to maximize yields and utilize moisture most efficiently within the different soil zones and moisture ranges. Also discussed will be nitrogen rates and timings plus fungicides.

On Your Own – Explore Nashville!

Bus departs Hutton Hotel at 6:00pm. Included with your Convention registration. Check it out

Please note that this agenda is subject to changes. 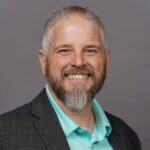 Josh Linville is the Director of Fertilizer for StoneX Financial Inc. – FCM Division. Having grown up in Northwest Missouri on a family farm that raised row crops, tobacco and livestock, Josh brings a unique point of view to the fertilizer markets. With 20 years of experience in the fertilizer industry, Josh has operated in roles that have given him perspective on the market as a North American logistics specialist, a US-based nitrogen producer, and General Manager of Trade in Melbourne Australia. Josh and his team, which spans around the world, have been hard at work educating the market on how to use fertilizer futures markets to not only offset price risk but also be able to sell products to farmers well before fertilizer producers release their physical sales programs. 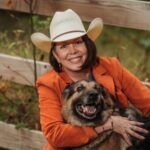 Cami Ryan, PhD is social and behavioural sciences lead for Regulatory Scientific Affairs for Bayer Crop Science. For over 25 years, Cami has worked in agriculture and ag sciences, most of that time as a public sector researcher. In her current role, she is responsible for strengthening relationships and engaging with social, behavioural, and political scientists. Cami leverages an expanding scientific network in North America and around the world to more closely examine and understand policy, regulations, consumer behaviour, and public acceptance of agricultural innovations.

Phil Needham grew up on a family farming operation in Eastern England. Phil holds a 3 year advanced National Certificate in Agriculture from the Lincolnshire College of Agriculture and a 4 year Honors Degree in Agricultural Technology from The Cranfield University, Silsoe Campus, England.

The region where Phil grew up averages around 135-150 bu./ac. of wheat from 20-24″ of annual rainfall. Aggressive producers in the area are pushing the envelope when it comes to management and some producers have exceeded 200 bu./ac. wheat on whole fields, when scale weights were divided into known field acres. Phil began studying wheat management at an early age and his grandfather often used the saying “well sown = half grown”, conveying to Phil the importance of placing good quality seeds within the soil at a uniform depth and spacing, to help ensure uniform emergence, consistent access to light and nutrients, helping to ensure the correct and consistent number of heads per square yard at harvest.

Phil moved to the U.S. in 1989 to help introduce and expand a crop management system called Opti-Crop*. Phil became the manager of Opti-Crop in 1996 and the team of agronomists helped to introduce and expand many of the European wheat management practices, helping growers increase their yields, efficiencies and profits. For example, 15 years after the introduction of the Opti-Crop system, it contributed to more than doubling of the Kentucky state wheat yield, from the low 30’s to the low 70’s (source USDA state wheat yield data), with some of the aggressive producers raising over 100 bu./ac. as an average on whole farming operations. Opti-Crop expanded west to Oklahoma and Kansas and north, to South Dakota and North Dakota in the late 1990’s, then up into western Canada. Opti-Crop was then introduced within Australia during the year 1999, where over 200,000 acres were enrolled into the Opti-Crop system. *Opti-Crop Consulting and its parent company Miles Farm Supply were acquired by Agrium in 2010.

In 2006, Phil started his own company called Needham Ag Technologies, LLC. which is headquartered near Calhoun, KY. Phil is considered a vehicle of technology where he transfers wheat management research and experience between different production regions. Phil works directly with producers, dealers, researchers, chemical companies and wheat agronomists within the U.S. and Canada. Phil also has extensive experience working with wheat in Australia, Russia, Ukraine, Romania, Sweden, France, Germany, Holland, China, New Zealand, Mexico and South America. Phil works directly with growers and dealers, in addition to conducting around 60 wheat management seminars, field days and conferences each year around the world.

Phil has written five books on Winter and Spring Wheat management, the most recent one for Spring Wheat within the Northern Plains And Western Canadian Provinces was published in 2016. This book is called Boosting Your Spring Wheat Yields And Profits and it is available from Needham Ag Technologies, LLC., or can be ordered directly from needhamag.com.

A good YouTube video on 100 bushel wheat in SK. https://youtu.be/_mI2QQLg7zM 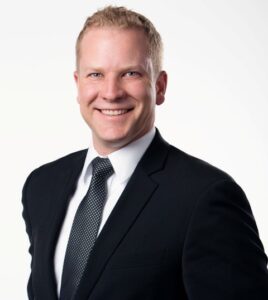 Born and raised in Saskatchewan, Cam grew up on a mixed cattle and grain farm near the Alberta border and spent his early years working the oilpatch before obtaining a degree at the University of Saskatchewan in Political Studies. In the early 2000’s, he entered a career in politics, first at the municipal then at the provincial level. Along with managing several election campaigns, he also held the role of Chief of Staff to the Saskatchewan Ministers of Energy and Resources, Economy and Environment before leaving the Government of Saskatchewan in 2015 to join PotashCorp in the Government Relations department. Cam was appointed Nutrien’s Director of Government and Industry Affairs for Canada in 2018, and is currently based out of the Saskatoon office. 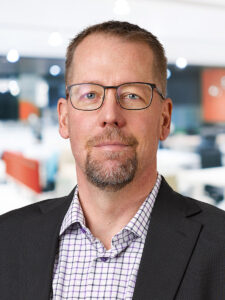 Dean Klippenstine, CPA, CA, is a Business Advisor and senior Partner with MNP’s Agriculture team and plays an integral role on the MNP Crop Niche Leadership Committee. Working out of the Regina office, Dean has a focus on large scale grain and oilseed farms. He is an advisor to a multitude of farm operations throughout the prairies, primarily in Saskatchewan.

Dean draws on a wealth of knowledge to deliver services and solutions that help clients keep their agricultural businesses current, competitive and profitable. He has consulted with over six farmland holding entities and funds, ranging from the initial
beginnings to the final exit.

For convenience, stay at the Hutton Hotel, which is where the convention will be held.

Reservations based on availability only.